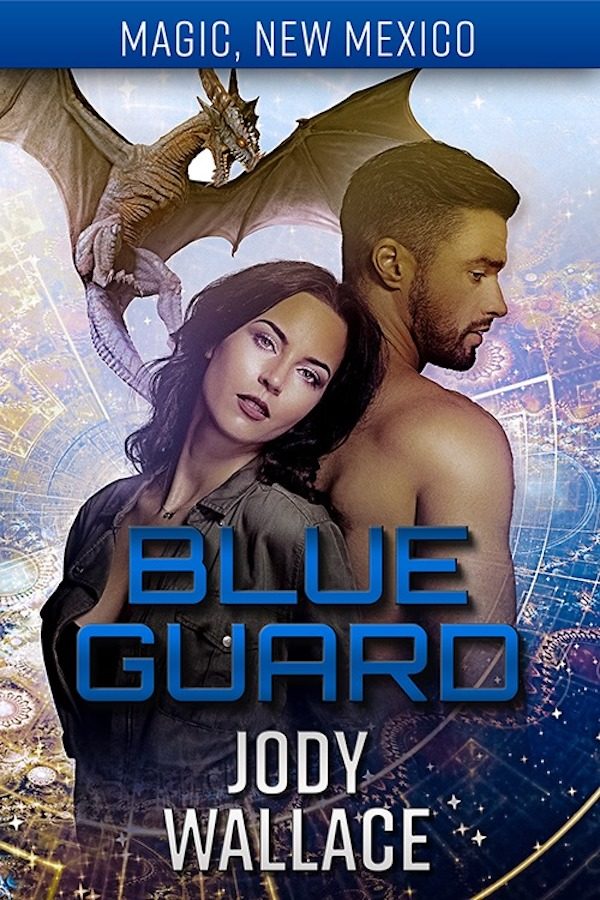 Two operatives, two sides, same mission: if they choose to accept each other.

Cornelius Blue is a dragon and tracker, not a diplomat. A deadly interruption of the Blue Guard Trials, which should have begun an era of exploration for Cornelius’s nation, threatens to crush his dreams of exploring his home world. So what’s he doing in Magic, New Mexico, attempting to convince a dubious city council that his planet, Tarakona, should be allowed an embassy? Why is he playing statesman when he should be investigating the catastrophe?

Zuri Kaleo is a spy and wizard, not a seductress. And she should be, secretly, deciphering the disaster of the trials as well. But no, her king reassigned her to Magic, New Mexico, to sweet-talk a stubborn blue dragon out of building an embassy on Earth. Because an embassy there—as well as Cornelius’s thirst for exploring Tarakona itself—might reveal the biggest secret Tarakona has ever known.

When Zuri discovers another spy was sent to disrupt the Blue Guard Trials, questions beg for answers. Surely no one was meant to die, were they? The Pirate King wouldn’t have ordered that, would he? If only Neil was her teammate instead of her enemy, they could discover the truth together. And perhaps find each other in the process.

NOTE: This novella is the companion to DB Sieders’ Blue Streak which is chock-a-block full of romance, gnomes, but not romance with gnomes, and adventure.