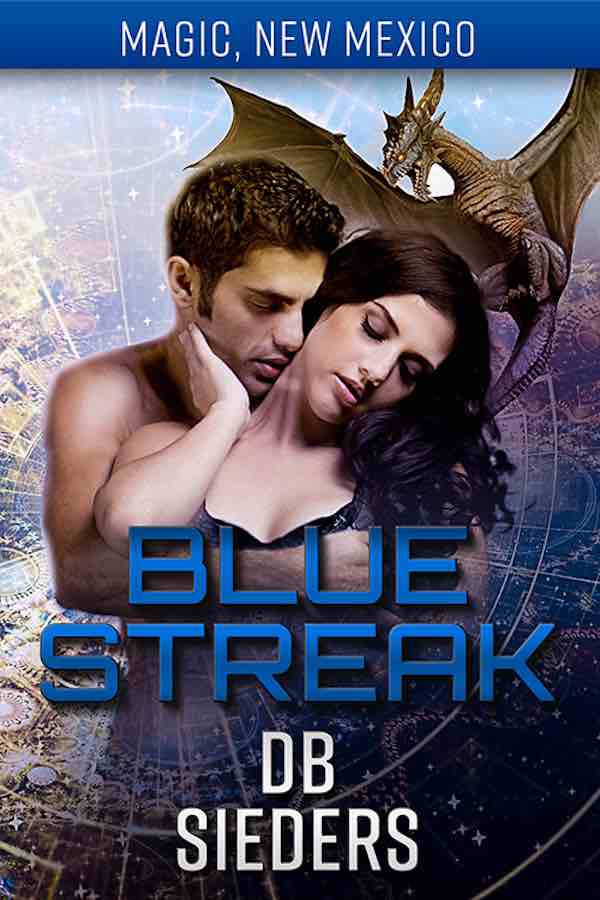 Part of the The Worlds of Magic, New Mexico series:

In this race, love is the ultimate prize.

Tatiana Blue is a fast-flying water dragonshifter of impeccable breeding and high social standing. It makes her the perfect contender for the race that will win her a spot on the elite Blue Guard. Until, that is, another blue dragon enters the race, a handsome bad boy from the warrens full of bravado. A rivalry of dragon-sized proportions begins. But these rivals will have to become allies when they land in hostile territory.

Remi Blue appears to be an affable, carefree rogue from the lower class warrens. But looks can be deceiving. Like Tatiana, he wants a spot on the Blue Guard. When the race takes him and his alluring rival out of their dimension and to Earth, the two blue dragons must team up to save themselves and the enchanted town of Magic, New Mexico, from an anti-magical immigrant militant group that seeks to destroy any enchanted creature from another world or dimension.

Can an uptown lady dragon find common ground and passion with a dragon from the streets, or will their differences lead them and the citizens of Magic down the path of destruction?