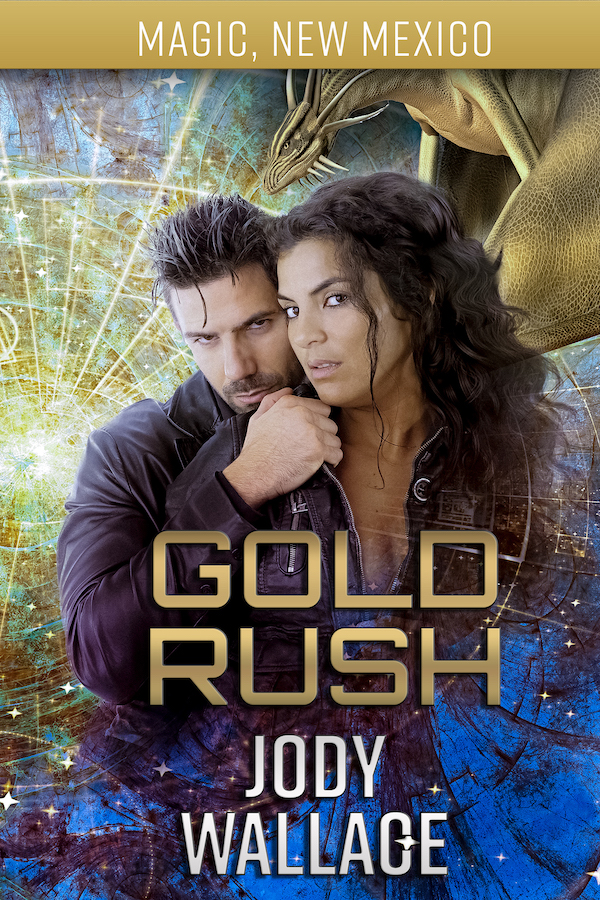 Oksana Popov is a geologist who deals in reality, not fantasies. She doesn’t believe in magic. There's a rational explanation for everything—or so she thought until she finds a portal to another world near the mysterious town of Magic, New Mexico.

Wade Insbrook is delighted when he discovers a gold dragon, even if she's unaware of who and what she is. He would do anything to keep Oksana close, even if it means using all of the tricks in his very tricky book of magic to stop her from returning to Earth.

Wade isn’t the only one who learned of Oksana’s trip through the portal. So has the demon he's been hiding from. When the demon ambushes them, they're forced into a desperate race to destroy a seemingly indestructible object before the beast can use it to raise a little hell on Earth. Can they stop the demon's deadly plan before millions die—and they lose any chance of a future for a wizard and the beautiful gold dragon that he loves?