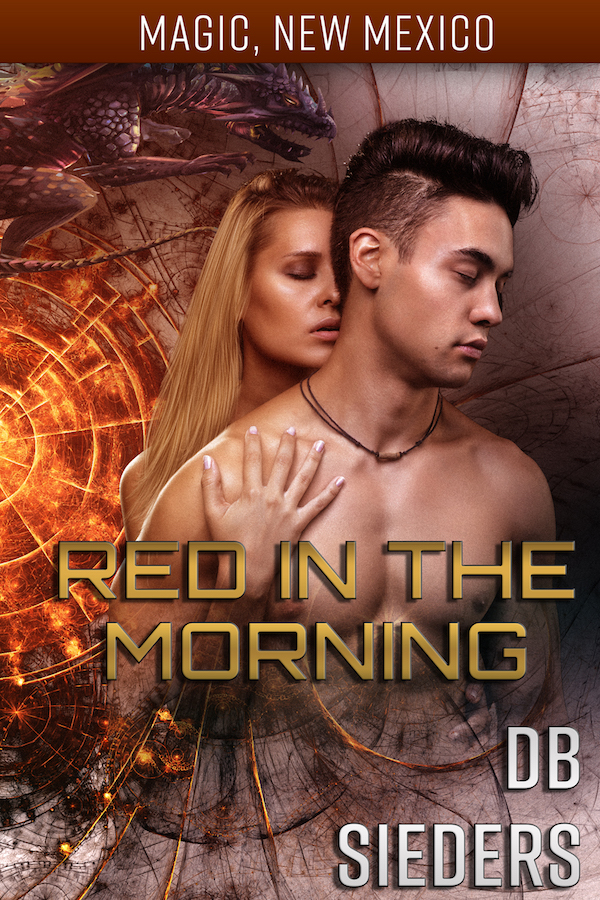 Part of the Dragons of Tarakona series:

He’s never met a dragon he couldn’t master – until her.

Katia’s been lost since her liberation. Her wicked former master held her under his cursed thrall, forcing her to do his bidding, but freedom is its own prison. Red Dragons of Tarakona are warriors and defenders. But she has nothing left to defend, only a portal to guard, the portal that leads to a place called Earth and the enchanted realm of Magic, New Mexico. A distress call from the other side of the portal provides her the perfect opportunity to be the hero she was born to be.

Too bad a beastly, bossy, sexy earthborn dragon keeps getting in her way.

Dragon Master Ju-long Shi has seen it all. The anthropomorphic dragon shifter line from which he’s descended has tamed every species from tiny fairy dragons to great serpents and everything in between. But the enigmatic-not to mention annoying-new dragon in town intrigues and infuriates him with her infernal antics, as if she has something to prove. He meets his match in the red dragon who will not surrender to his will or his charms.

When a pack of three-headed giants shows up in town looking for trouble, the dragons of Magic find themselves outnumbered and outmatched. Katia is their only hope, if Ju-long can persuade the alluring fireball to follow him into battle. Will the epic battle of wills end in a passionate alliance or a fiery disaster?

Note: No dragons were harmed in the making of this novella. The three-headed giants were, but they had it coming.