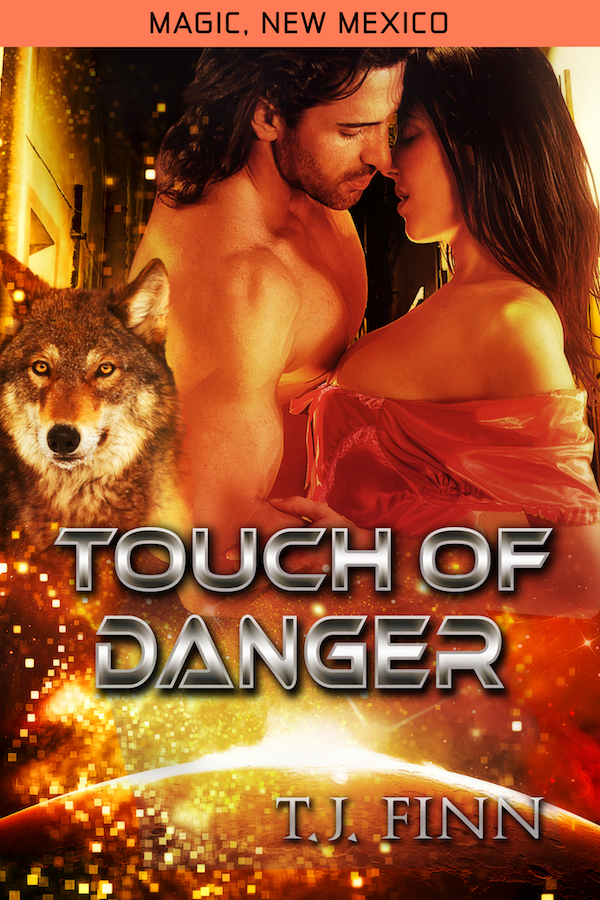 Claire Collin, a powerful witch with telepathic abilities, has a huge problem – actually thousands of them. She can’t block the voices that she hears in her head. Forced to move away from her beloved hometown of Magic, New Mexico to a remote cabin in the Colorado Rockies, she finds a measure of peace in the solitude. That solitude is shattered when she witnesses a super sexy wolf shifter being pursued and almost killed in her backyard.

Finn O’Riley seeks revenge against the men who hunt his endangered pack and kills them for their pelts. On the run after being injured in a hidden trap, his efforts to stay one step ahead ends when the men in pursuit catch up with him in a Colorado mountain meadow. Certain he is about to meet a fate similar to others of his kind, Finn is shocked when he wakes in a remote cabin under the care of a very unusual woman.

Claire soon discovers the threat is not only to Finn’s pack but also to the residents of Magic. Claire and Finn must work together if they are going to protect those they love from the dangers that threaten them. Can they save everyone without losing each other, or will the voices finally drive Claire to insanity?

This is TJ Finn's first book. She is a Midwest farm girl who started writing at a young age. When she's not working on her next book, she spends reading everything she can get her hands on and spending time in the Colorado Mountains with her dog, Louie.