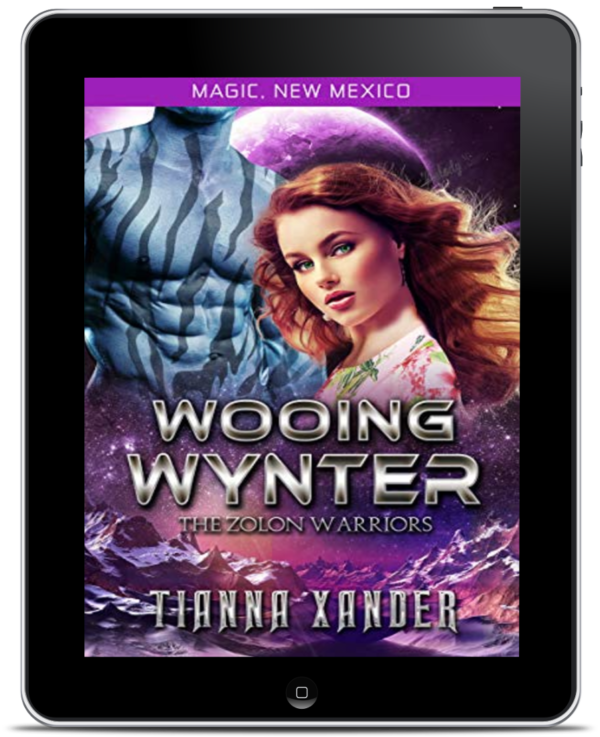 Shapeshifters don’t exist—or do they?

Wynter Larsen keeps telling herself that shapeshifters don’t exist after she’s abducted and held captive by a group of insane scientists trying to create them. She escaped, but she owes her freedom to those she left behind. Now, it’s her turn to help them.

Geno Brewerigeron has kept his promise to his dying mate to raise their sons. He just needs to tie up some loose ends before he can join her in the next life. A babbling teen, a swerving car, and a woman in danger changes his lonely existence to one of excitement and gives him a new lease on life.

Whatever the scientists injected her with was causing Wynter’s body to change. Can she trust the man who suddenly appears and promises to take her and the twin boys she has vowed to protect to Magic, New Mexico and if she does, who will protect him from the creature she’s changing into?